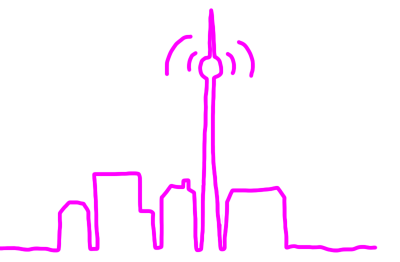 Demand drawn from our observations

While some digitalization policy issues can be tackled at the federal level, the Senate must use its leverage in the city to have an impact. The past few months have shown all the more that digitalization is not just something that concerns experts*, but everyone.

We bring the following demands to the discussion:

Digitalization can no longer be understood solely as a technical and technology-driven policy field. Rather it must be perceived as a societal transformation that ought to be shaped in an interdisciplinary and participatory way.

As aptly formulated in the Senate resolution of 21 September 2018, digitalization is an ongoing task that must be steered and negotiated beyond legislative periods and between different stakeholders. We need a public and transparent round table on digitalization policy with representatives from politics, administration, civil society, science, business, culture and the social sector. Together, we can create an instrument for a sustainable, broad-based policy that is oriented towards the common good. Based on the successes and experiences of the Round Table on Real Estate Policy, we propose a similar model for the Round Table Digitalization Policy.

Against this background, we call for the establishment of a public Digital Round Table with the following functions:

– Networking of actors from different areas

– Development and transfer of knowledge and trends

In close cooperation, a strategic orientation of Berlin’s digitalization policy can be developed in an interdisciplinary and cooperative exchange.

At the workshop “Covid-19: IT-Lessons learned for the Berlin Digitalization Strategy” of the Digital City Alliance Berlin on May 6th, 2020 we collected our observations of challenges, solutions and gaps that we experienced over the last few months during the state of emergency.

The current challenges that become visible in the course of the lockdown can be categorized into three overarching thematic areas. Firstly, the provision of publicly relevant infrastructures is of fundamental importance. Secondly, the issue of digital participation or the reduction of the digital divide is essential. The third major topic area concerns local economies.

With regard to digital participation, in the wake of COVID-19, social inequalities have become entrenched as technical equipment has become even more crucial for participation. In the field of education, for example, it has been taken for granted that all families have computers. Children and young people from disadvantaged families without appropriate equipment struggle with access to online teaching. When analog (physical) spaces that provided access to digital infrastructure, such as municipal libraries or neighborhood centers, were closed during the Corona pandemic, large groups of people who rely on these essential services were marginalized.

The possibility to work from home was available to only a small portion of those employed in Berlin’s public administration. Very few employees and civil servants were equipped in a speedy manner with the tools needed for remote work (access to business e-mail, VPN access, laptop, etc.). As a result, schools, daycare centers, employees and citizens could not be supported immediately by the responsible authorities. In the public administrations, relevant structures had to be set up first to ensure that they could continue to work during the crisis. The implementation of videoconferencing initially encountered major hurdles and were sometimes carried out with tools that were questionable in terms of data protection.  No recommendations for the use of suitable tools were made by the administration, but civil society has made efforts to draw up “tool lists”.[iii]

In many institutions, the infrastructural prerequisites for working at home were created during the crisis. These are structures that we can use in the future. Sustainable hardware and software solutions should be used from the outset. In order to make the digitally mediated new forms of work possible, changes in the law for home offices were also implemented under pressure from trade unions. However, digital conference decisions must be made in secure virtual environments in order not to be contestable. The positive effects of this digital push, which for example result in reduced air traffic (e.g. relaxation of the obligation of supervisory boards to be present) should be expanded. Digital event formats not only reduce traffic but also expand the inclusion of people who would not have otherwise been able to attend.

There were processes that worked very well, such as the rapid provision of the IBB online portal for applying for and paying out emergency aid to small businesses and freelancers.  There were no power outages and the digital infrastructure worked despite the significant load.

The lockdown caused a digital surge in which different organizational cultures (administration, private sector, NGOs) were brought together.  Not only society but also the global and local economies have suffered from the consequences of the lockdown. It is likely that large and in particular, IT corporations will profit most during the crisis. This raises the question of what role the city can play in preventing the hostile corporate consolidation of its culture, small businesses, and gastronomy from large corporations.

The current crisis reveals Berlin’s dangerous on distant suppliers and companies, e.g. in China and India. This ranges from medical goods (devices, masks, tablets, infusions), electronic devices and components for industry to food. In addition to existing challenges with supply chains, there were additional legal and technical hurdles in manufacturing lifesaving equipment due to patent laws.  Here, local production based on open digital exchange offers a variety of solutions.

The crisis has clearly shown that public infrastructures must be designed to be barrier-free, inclusive, independent, and resilient. This applies to both social and digital infrastructures, which must be reliably provided in the sense of public good. We must not create dependencies on individual private sector players. The education and training of public professionals in digital skills must go hand in hand with a cultural change in which the importance of open source technologies is a key focus. We therefore call for a stronger commitment and more support for the development, installation and use of open source software and open hardware. Transparency must also be established as to the basis on which decisions on the use of certain technologies and tools have been made.

In this context, the Digital Alliance aims to promote capacity building within the city administration and to bring together, more closely those involved in digital change from administration and civil society, so that mutual learning is possible. We want to stress the importance of spaces for digital experimentation and learning and not let this idea fall victim to the distribution struggle for scarce budgetary resources that is anticipated in the future.

We welcome the enriched discussions on how economies can be organized on a regional basis. The questioning of the privatization of public goods and the development of alternative forms of ownership, such as cooperatives, is also coming back into focus. Cooperatively organized alternatives in the digital sector are being expertimented with. However, in order to help such alternatives succeed and strengthen the regional economy, more support is needed from the Berlin administration.

Many actors in civil society have responded well to help the disadvantaged and to provide mutual support in neighborhoods. For example, a project was launched with students to enable older people to communicate digitally and thus take a step out of social isolation.  The concept of the KiezLab offers good starting points for this.

All in all, we see a lot of potential in integrating the competence and knowhow of a broad civil society to shape a sovereign and sustainable digitalization for Berlin for the public good. The  establishment of a Digital Advisory Board in form of the Berlin Round Table for Digitalization Policy is a first step in this direction.